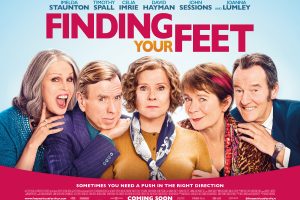 He also holds senior media and music consultancy roles for various major companies and is Executive Producer on the smash hit musical Dreamboats and Petticoats. In addition to this, he also has interests in other entertainment-based business ventures, creating musical concepts and merchandising projects.

As well as being involved with many of the artists signed to Universal Music, before becoming President of UME, he was Managing Director of Universal Music TV (UMTV), the label responsible for the compilation album business where UMTV is the market leader. Here he came up with the original compilation idea for Dreamboats and Petticoats and the series has sold over 4 million copies in the UK since the launch. After the huge success of the first album, Brian extended the Dreamboatsbrand from a compilation album to a musical, the first time it has ever happened, partnering with Bill Kenwright and Laurie Mansfield and is back on tour this year.

As MD of UMTV, Brian was also responsible for bringing the highly successful independent label All Around The World, into Universal. This brought access to and revenue from brand new digital TV stations Clubland and Massive R&B, which again spawned from multi-platinum compilation series, as well as introducing groundbreaking artists like N-Dubz to Universal. At UMTV, he was also responsible for one of the biggest singles of this century, Tony Christie and Peter Kay’s Amarillo.

Brian has been involved with Universal Music (formerly Polygram) since 1981 and was also Managing Director of direct marketing pioneer Tellydisc. Prior to this he worked for EMI Records and developed the famous Golden Greats collections. This followed a career in advertising.

Brian has been Chairman of Fundraising for the leading music industry charity Nordoff Robbins Music Therapy, as well as a governor of the school and is still very involved with the charity.

John Sachs is CEO of Eclipse Global Entertainment and a producer of film, television and theatre.

After a career as an award winning radio broadcaster and TV presenter for Capital Radio, BBC Radio 2, BBC 1 and ITV, on such shows as Gladiators and Dancing on Ice, John turned his attention to going behind the camera.

His first experience on a feature film was Michael Radford’s 2004 feature Merchant of Venice starring Al Pacino, for which he was brought in to music supervise. He ended up co-producing out of his offices in Soho’s Noel Street.

John’s first feature as a producer was Michael Caton Jones’s (Rob Roy, Memphis Belle) Urban Hymn, which was released globally and had its charity premier at the Curzon Mayfair, picking up many international awards including best film at Giffoni, Busan and TIFF. He was nominated as best new producer at the prestigious BIFA awards that year.

John’s feature Finding Your Feet, starring Imelda Staunton, Timothy Spall, Celia Imrie and Joanna Lumley, was released on 480 screens in the UK in 2018. It picked up the Audience Award at the Palm Springs film festival.

John was brought up in the theatre, his father being comedy legend Andrew Sachs (Fawlty Towers) and his god father legendary theatre writer and producer, Ray Cooney.

In September 2018, his new musical directed by Craig Revel Horwood, Son Of A Preacher Man, completed a 38 week tour of the UK.

John has several other shows he will be bringing to the stage over the next couple of years including Blue Bayou, which he’s producing with Sony Music and the Orbison estate.

John has been Vice President and Chairman of Awards for Variety, the Children’s charity for 30 years, he is Chairman of Child Line Rocks and an ambassador for the Prince’s Trust. He’s a keen martial artist holding a fourth Dan black belt.