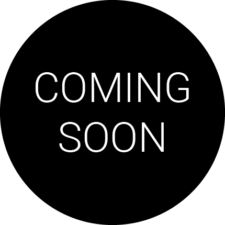 Synopsis: Tutti Frutti is the dark but true story of how Richard Wayne Penniman became the world icon and international superstar, Little Richard.

The story begins in Macon where he was brought up in a strict religious and racist environment. We follow Richard’s journey of self-discovery as he experiments and develops his talent and sexuality. What emerged was the pencil thin moustache, make up and pompadoured rock icon that Elvis, James Brown, Tom Jones, The Beatles and Rolling Stones all copied and worshipped. His father Charles was murdered when he was young and the responsibility of providing for his large family fell to him. Richard fell in love with the curvaceous stripper Angel who he held a secret desire to be just like. The story follows his career and as it blossoms, so does the inner turmoil of his hedonistic lifestyle until finally, he throws it and all his jewelry in the sea. Turning his back on rock ’n’ roll, he decides to preach the Lord’s good word by becoming a minister. As his fans and friends desert him and he finds himself alone, will he change his mind again? King Richard is set to the greatest rock ’n’ roll song book of all time including performances of Lucille, Tutti Frutti and many more.